Deals with one of the most mysterious passages from John’s Revelation, chapter 20, which describes the Millennial Kingdom. The book also features the analysis of the interpretative tradition for this prophesy based on the written sources, some of which are quoted for the first time for the purposes of this research.
Книга публикуется в авторской орфографии и пунктуации
ЧитатьОглавление

"Apocalypse. Millennium: Chiliasm and Chillegorism" by Valeriy Sterkh draws the reader’s attention to the question which is not fully resolved in the Eastern Christian tradition, and, one might say, has been forgotten. The book gives a detailed analysis of chapter 20 of the last book of the Bible – The Revelation of John – with a primary focus on the Millennial Kingdom of Christ on earth. In keeping with the existing methods of interpretation of this passage, the author differentiates between the two major views – Chiliasm and Chillegorism. The first one is based on the literal rendering of the text in question, and the second one on its figurative (allegorical) interpretation. The term "Chillegorism" is not found in the theological literature; it is the author's invention to help systematize the concepts related to the Millennial Kingdom. The author considers Judeochiliasm to be a form of Chiliasm, classifying it, from the Christian perspective, as a heresy. Premillenarism is treated as a variant of the dogma of the Holy Fathers and the Church. According to the author, Postmillenarism and Amillenarism are forms of Chillegorism and subspecies of the patristic exegetical tradition. Section 2 is a brief history of this debate. Section 3 explains some chronological aspects of the teaching about the Millennium. Section 4 is an introduction to the most important texts of the ancient Church writers who held to Chiliasm. It would be a good idea to include here the chiliastic texts of St. Victorinus of Petava, translated from Latin and published by N.A. Handoga. It's also a good idea to include not only the quotes from the commentary of St. Victorinus on the Apocalypse but also quotes from his treatise "On the Creation of the World". Another suggestion is to translate the original excerpt from "Chapters against Gaius" by Hippolytus of Rome. Section 6a is especially interesting because it deals with the biblical texts which allow for a chiliastic interpretation. The author did an excellent job collecting relevant excerpts and interpreting them from the point of view of patristic Chiliasm, presenting the biblical eschatology in a new light. Allowing for such an interpretation, at least in theory, helps the reader to discover new dimensions in Christian eschatology. The events preceding the end of the world appear more epic and more internally coherent than described in most books on dogmatic theology. The end will come not because of the "wearing out" of the world or because it is drowned in evil, but because God's merciful plan for the earth will come to full fruition. The chiliastic kingdom of Christ together with the righteous after His second advent looks more like the fulfillment of God's promises to mankind, sealed in the Bible. It will a temporary era in the history of the earth, a "golden age", a preparation and transition to the full acceptance by the creation of the eternal Kingdom and logical completion of the earthly history. The author is not a professional scholar or theologian, and his work does not claim to be scientific research. However, it contains many bold and sound arguments in defense of Chiliasm, based on purely Orthodox insights into biblical and patristic theology. The author notes and demonstrates the weaknesses of chillegorical interpretations of the Millennium in light of the inner logic of the biblical texts in question. Chiliasm and Chillelgorism serves as an introduction to a wide range of questions related to the millennial Kingdom of Christ. It is remarkable that the author stands up for the unpopular view of the ancient chiliastic writers and attempts to explore their arguments through the lens of the Bible and, partially, theology. An important addition to this book is a compilation "Anthology of Chiliasm and Chillegorism" by Valeriy Sterkh. It lists all the primary sources and the existing commentaries on the Millennium. Most modern theologians, unfortunately, lack creativity in their approach, yet it can help to organically incorporate the chiliastic interpretation into the context of the Byzantine intellectual tradition and to enrich orthodox eschatology by solving a number of problems related to historiosophy and cosmology. 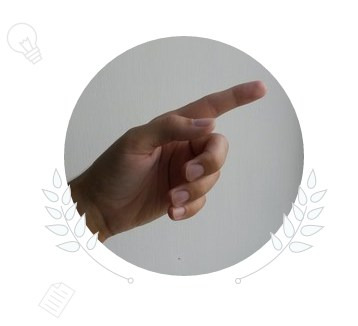 Valeriy Sterkh
https://sterx.ru
Valeriy Sterkh is the author of more than a dozen books published in Russian and English, specializes in intellectual Christian literature in the style of “just about complicated”. Graduated with honors from Ural Federal University (UrFU). He is owner website of religious books sterx.ru, maintains a blog v-sterh.livejournal.com and page vk.com/valery.sterh, an active user of the forum orthodoxy.cafe, participant of the Moscow international book fair.

A5
Astronomy in your pocket
Vladimir Bereznyakovsky
16+